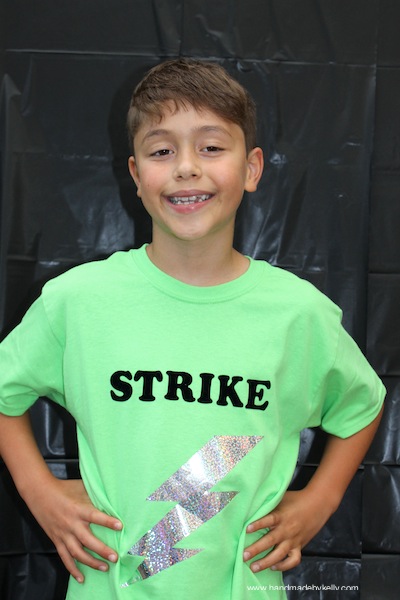 For Kai’s glow-in-the-dark party, I made him a special one-of-a-kind shirt. It was so easy. I have to admit, the shirt is a bit big, but that’s okay he’ll grow into it! 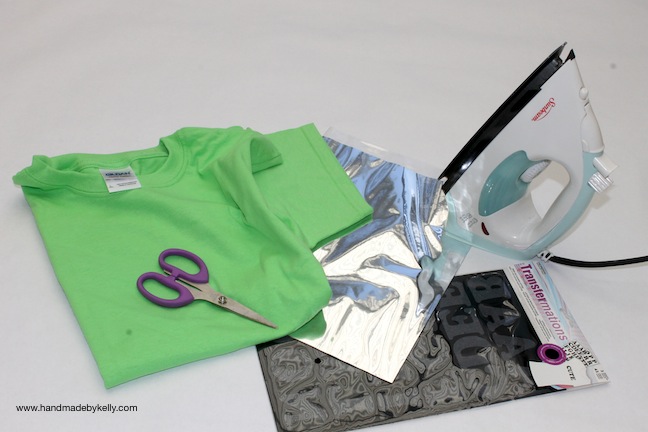 Scissors Lighting bolt shape (I found mine on Google images) 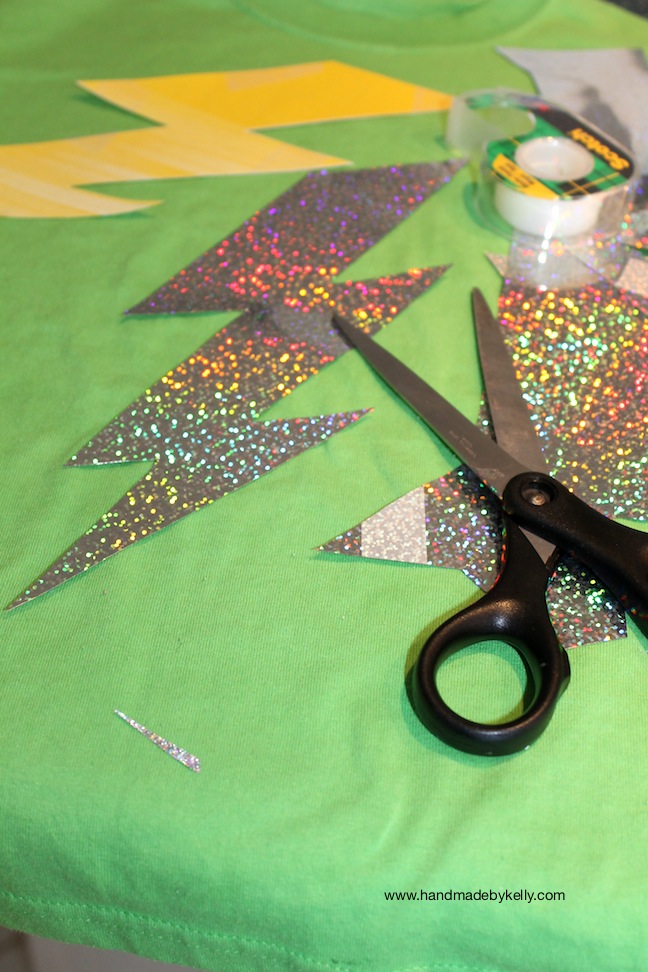 Print out a lightening bold clip art as large as you can from Google images. Cut it out. Use the lightening bolt as a stencil and tape it onto your iron transfer sheet. Cut out the lightning bolt. 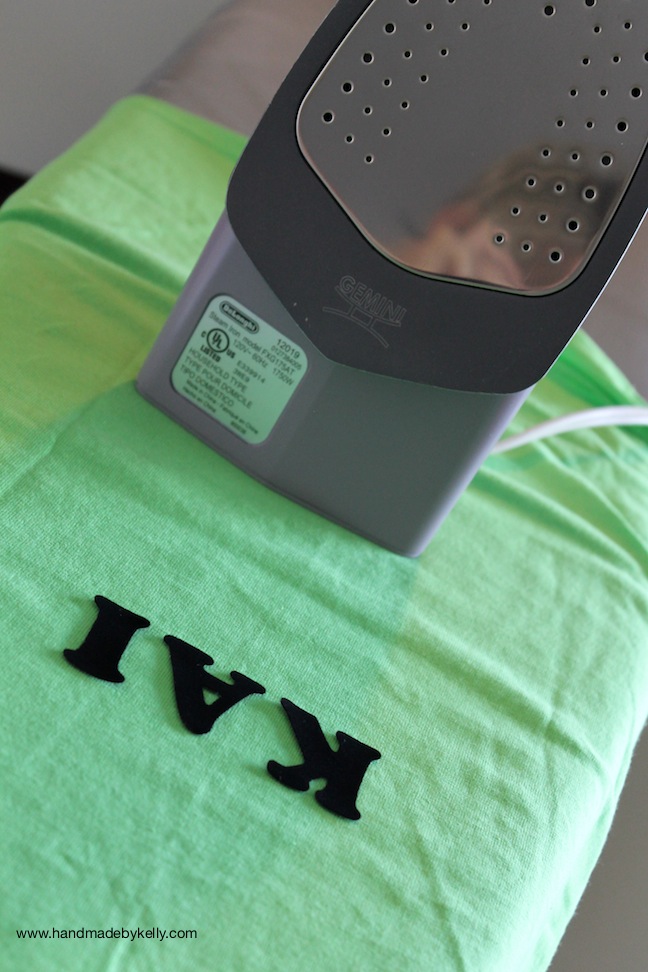 Spell out your child’s name and carefully align the letter transfers on the back of the shirt. Iron it according to package direction 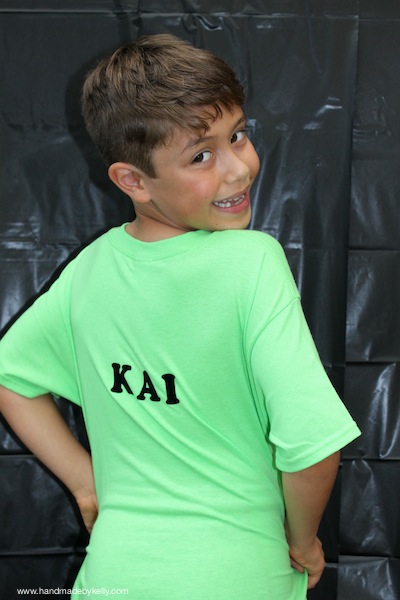