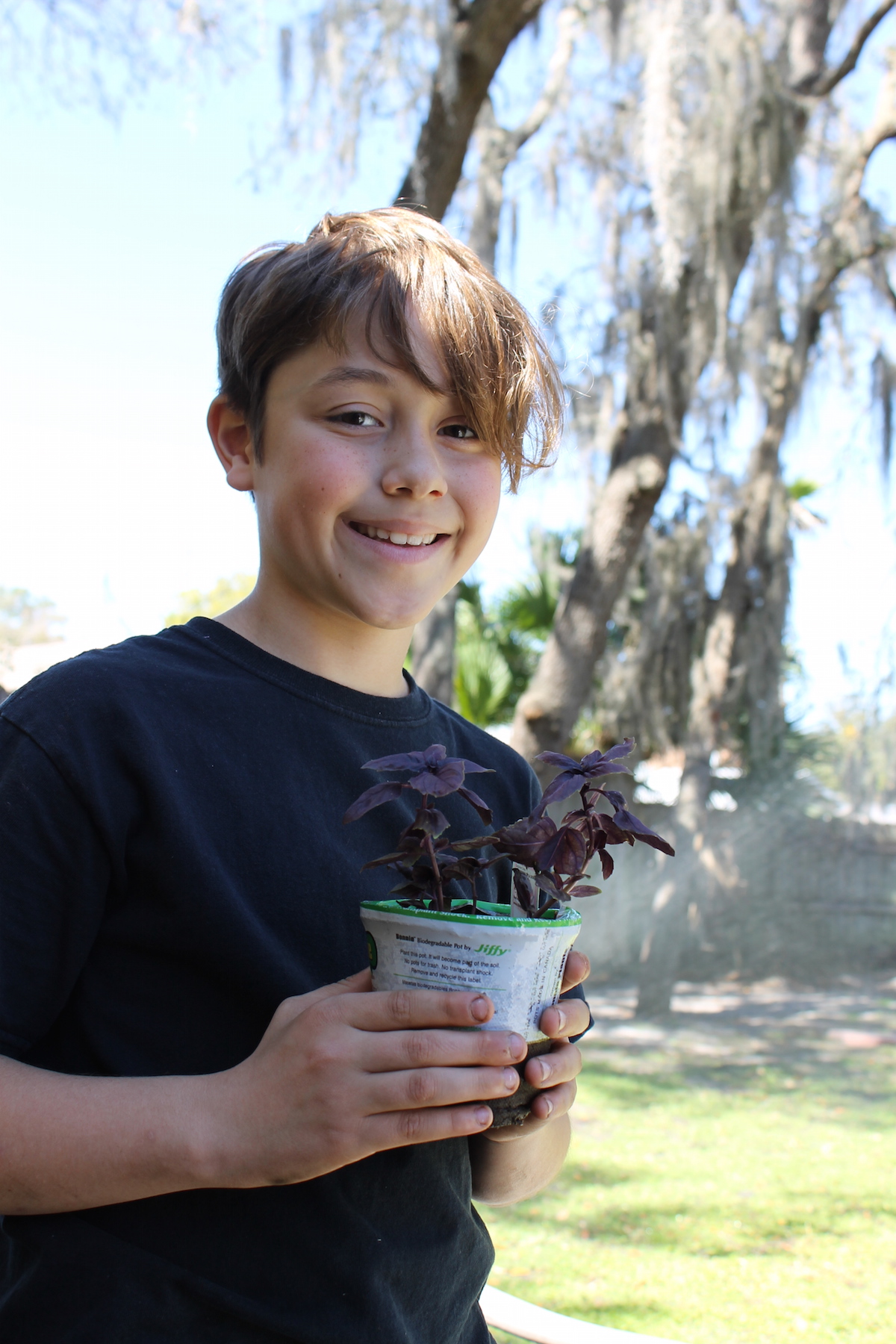 Ever since Kai was little, he has loved gardening. I think digging in the dirt is therapeutic for him. It’s a way for him to feel grounded. He says he loves to watch his plants grow. I often find him in the backyard singing or reading books to his plants. He comes home after school and checks daily to see if they need water.

Since we moved into this house about 5 years ago, we had a garden. Some years, the garden was bigger than others. Some years, honestly, we only had a couple of plants. This year our garden will be medium size. Another big change this year is that we built a raised bed.

It actually was a hole lot easier than I thought!

Here is how we did it: 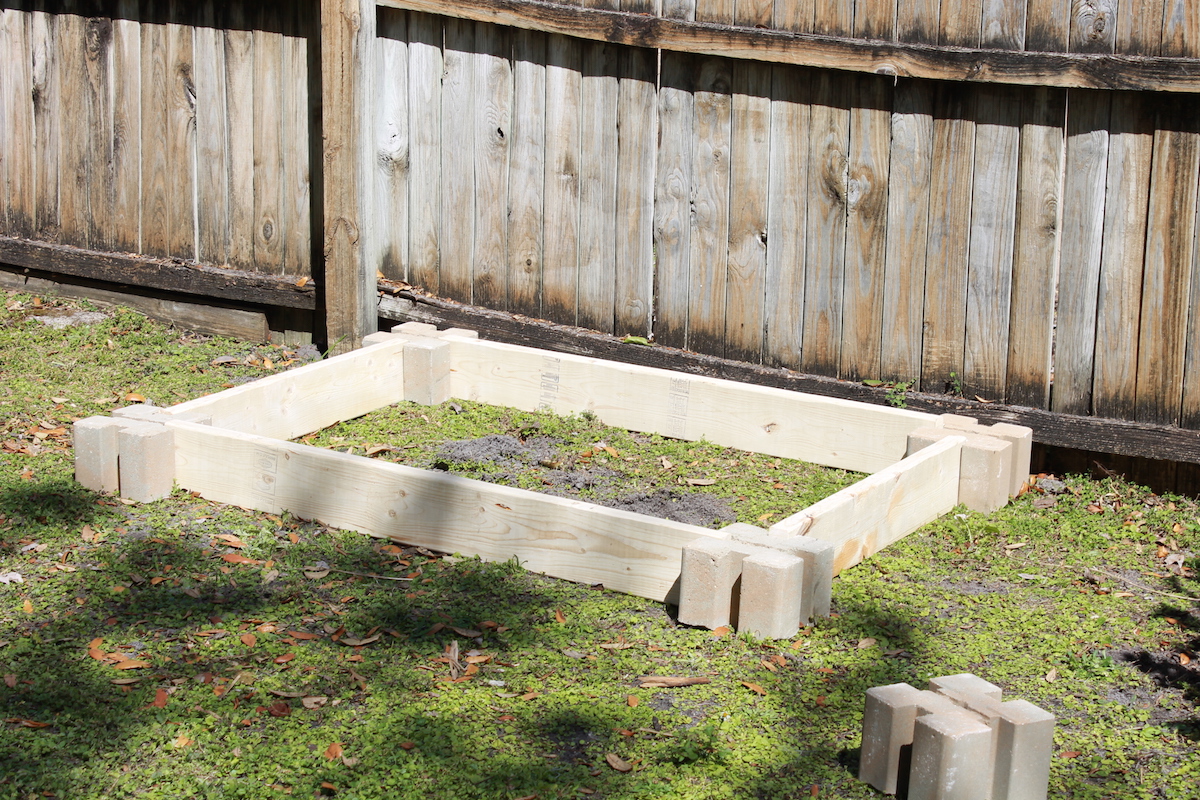 Step 1: I found these cool raised garden bricks in the garden section at Home Depot. We also had the store cut two 2x6x8 feet boards for us. We had them cut one of the boards in half and the other in thirds. So we constructed the bed with these materials. 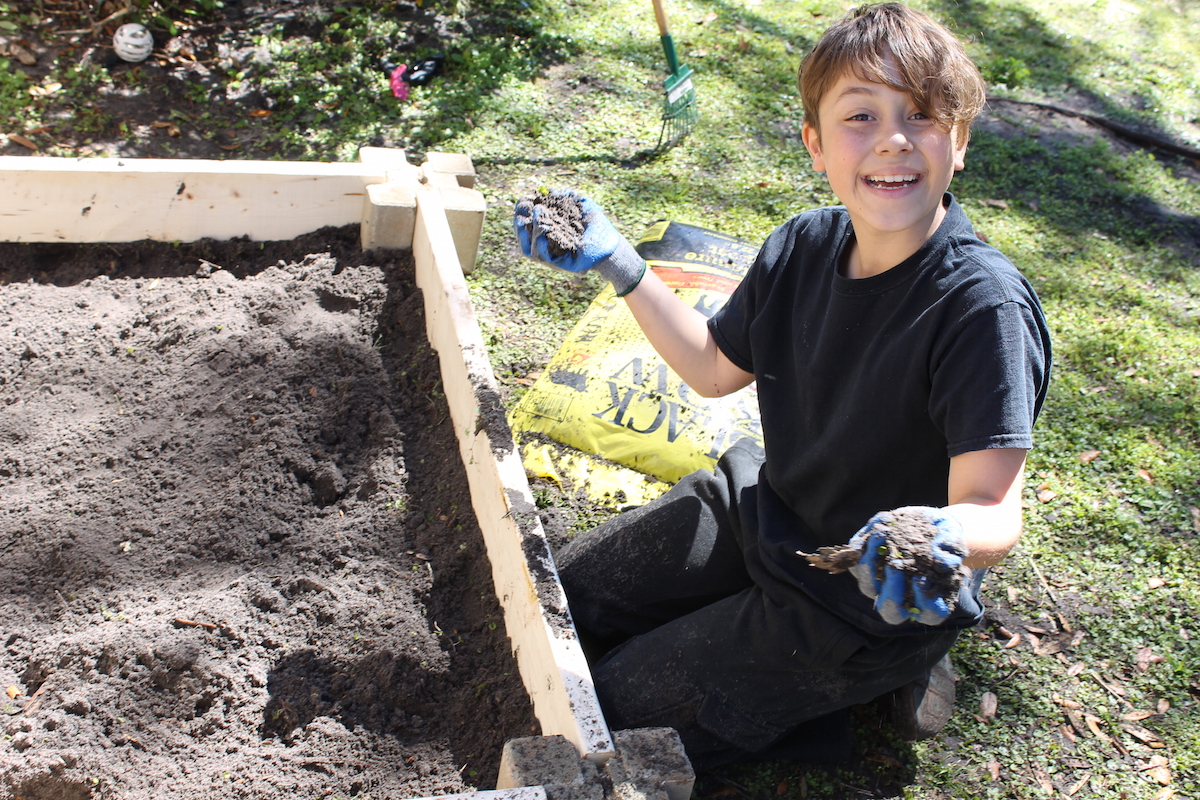 Step 2: Kai weeded the space where the garden will be. 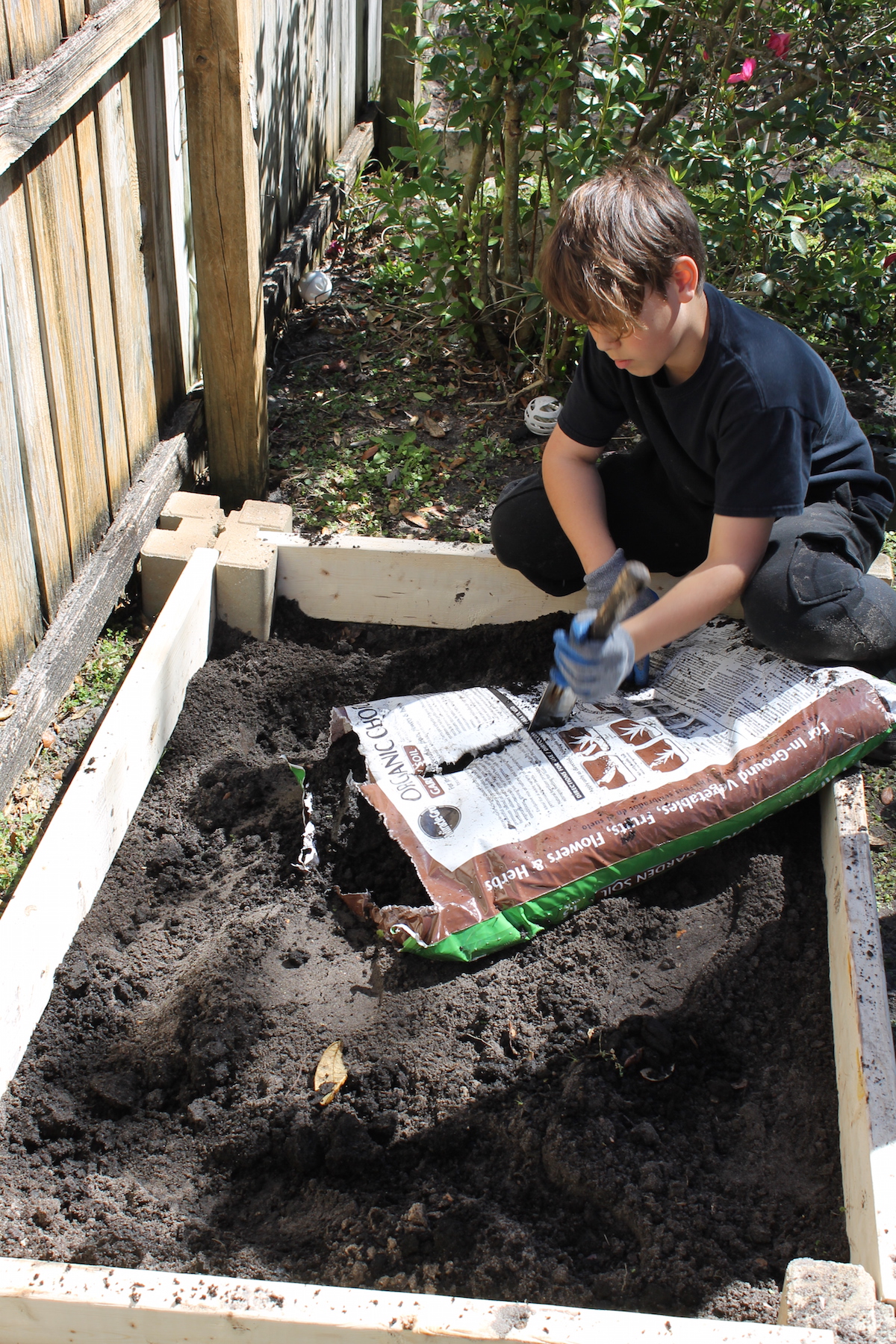 Step 3: Kai added dirt and manure to the bed. We used about 5 bags of dirt to fill the space. 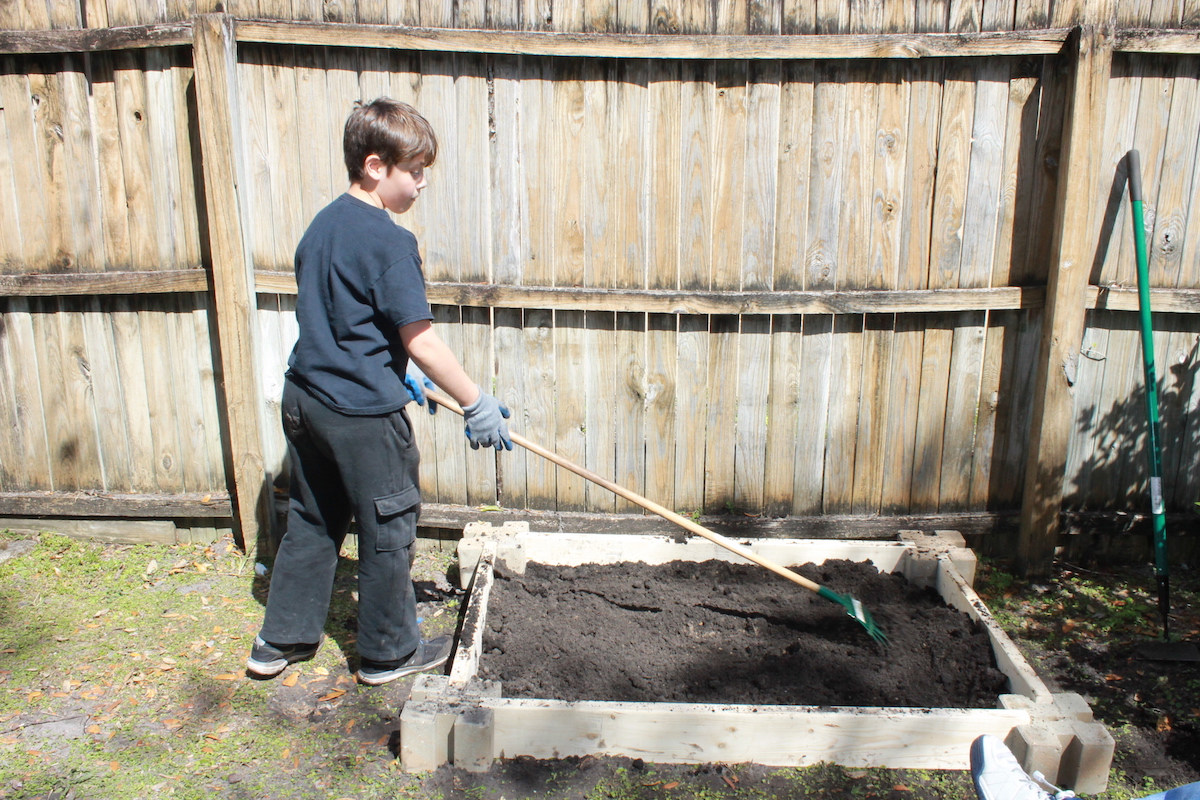 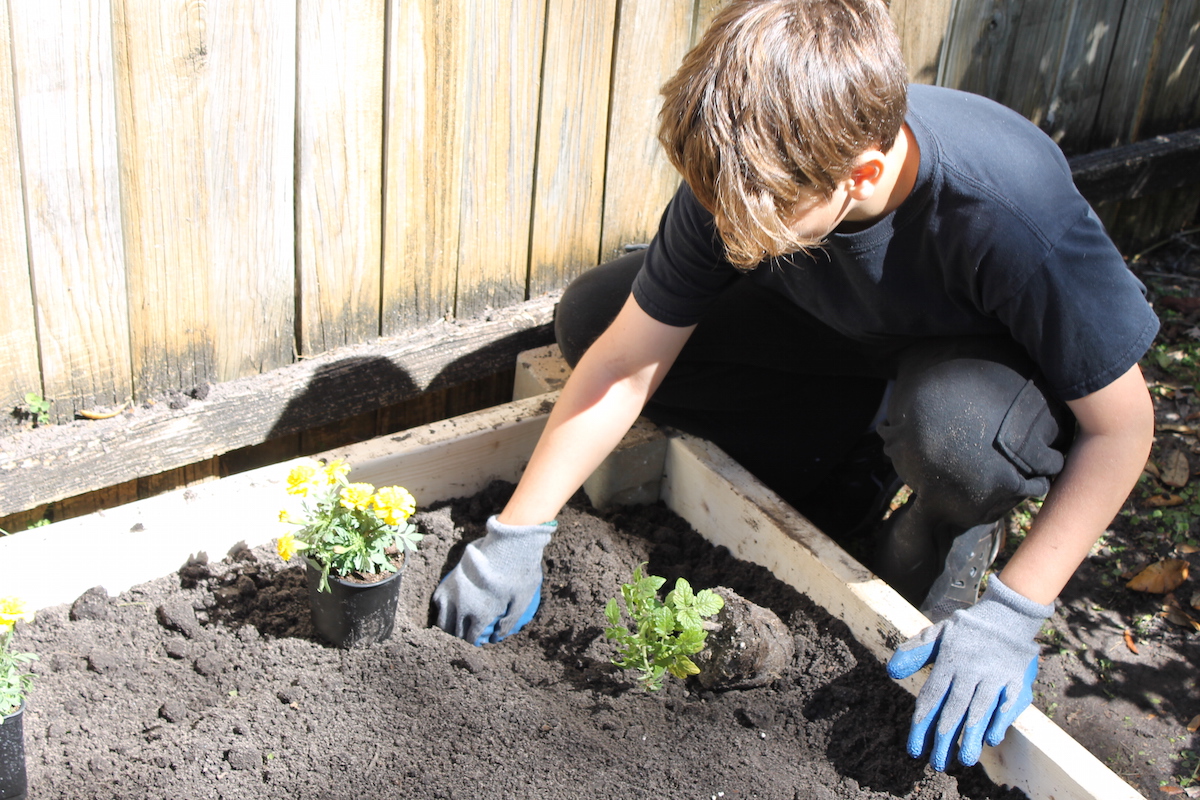 Step 5: After figuring out how he was going to arrange the plants, he started planting. For example, marigold need to be near the tomato plants so that they repel the bugs. 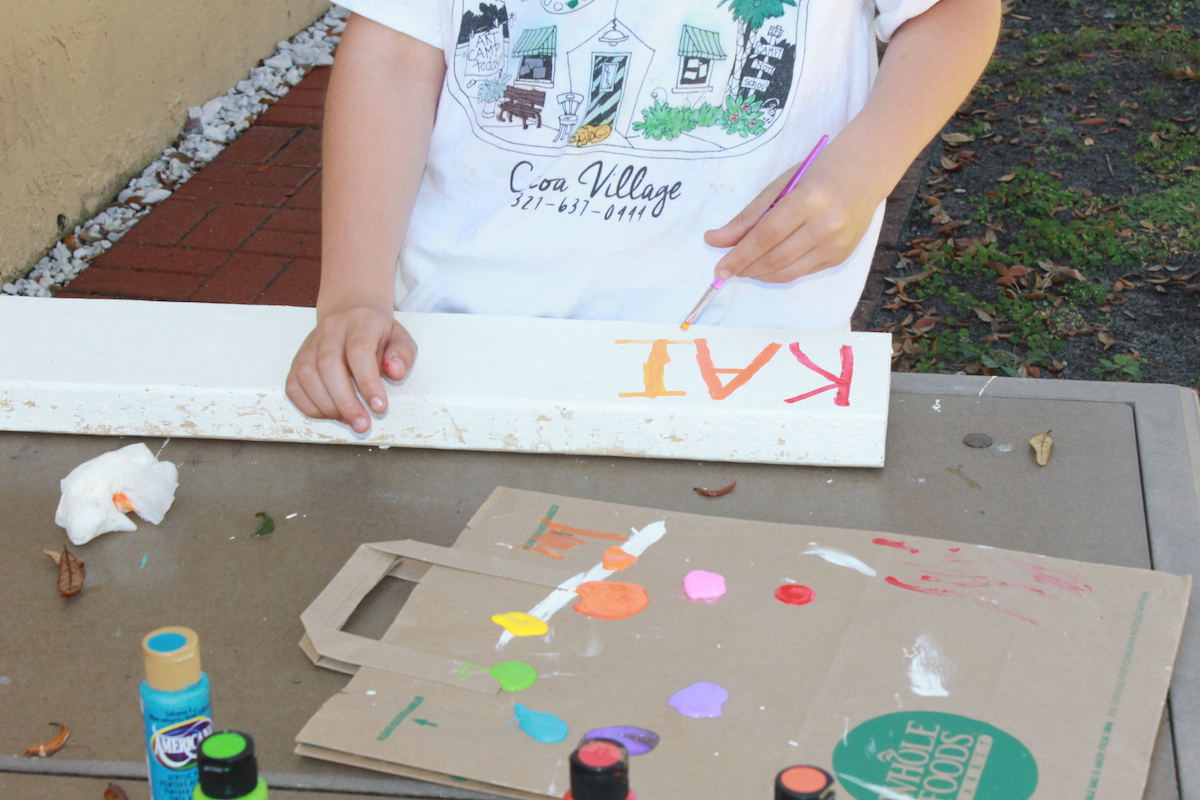 Step 6: After planting, he wanted to create a sign. So with the extra piece of wood, he painted it white and then wrote his name on it.

Turned out great!! I know this is next pic is blurry, but I’ll take a new pic of it soon and replace this. 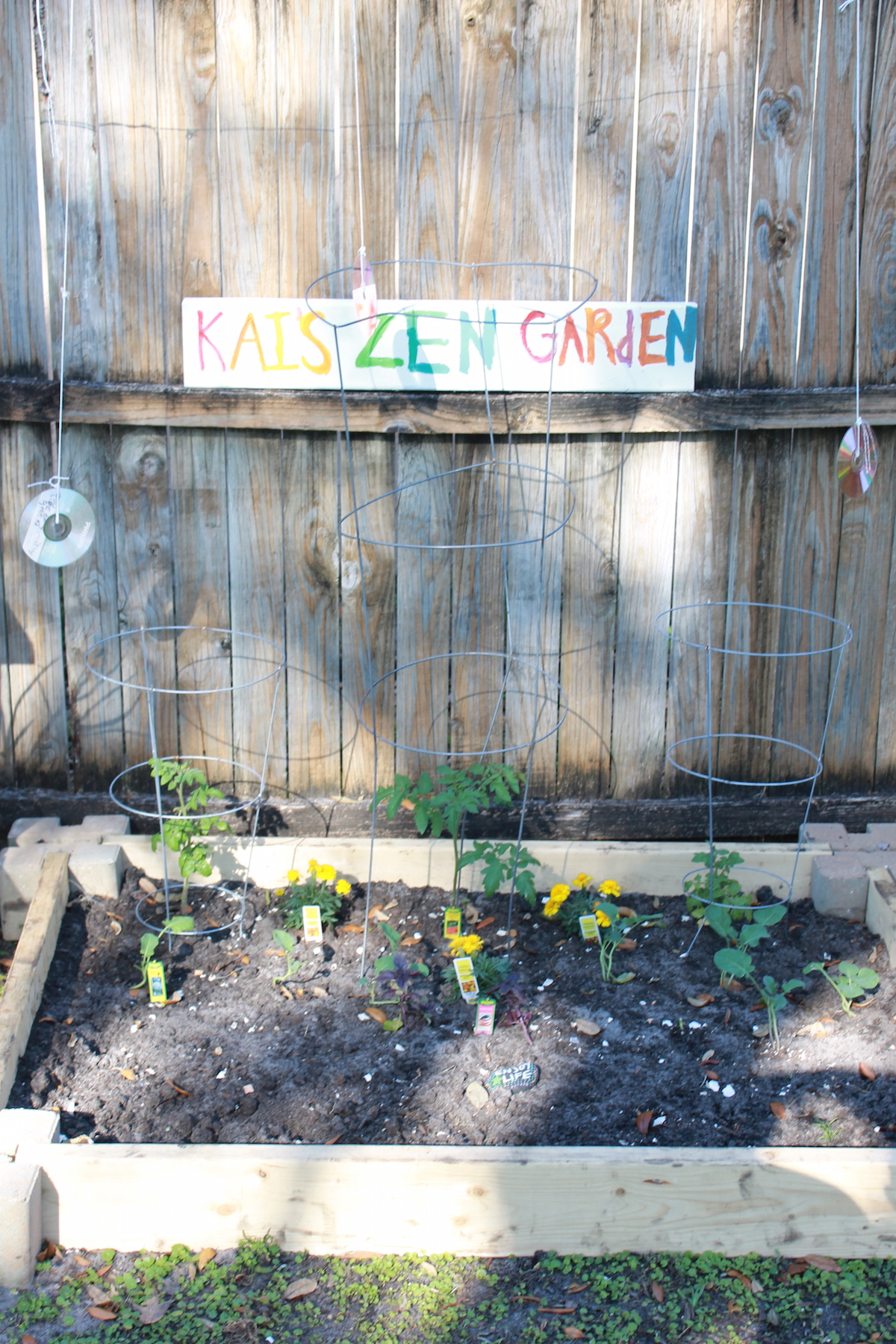 Here are photos of Kai when he was younger working in the garden! 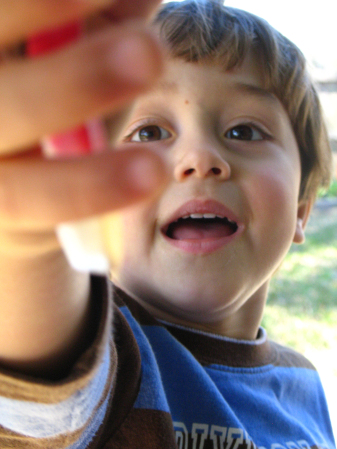 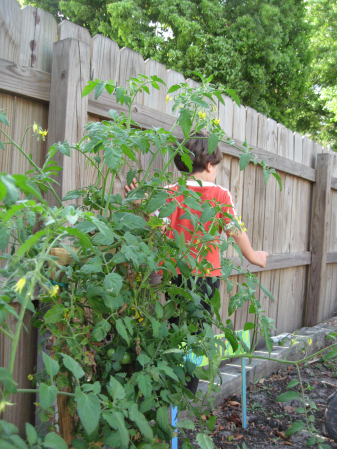 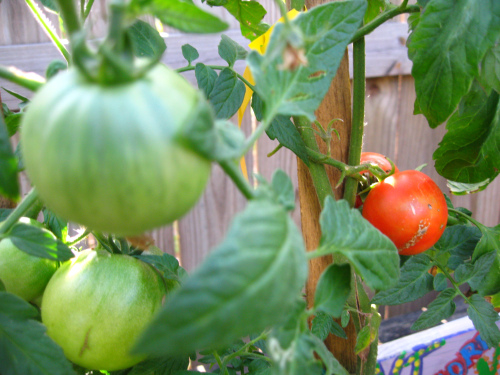 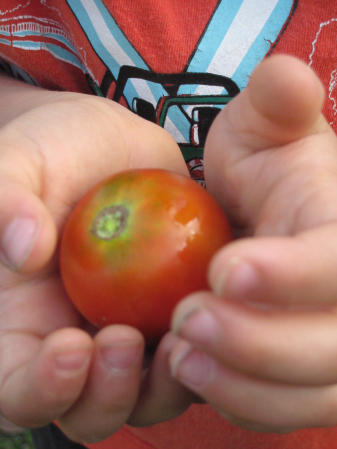 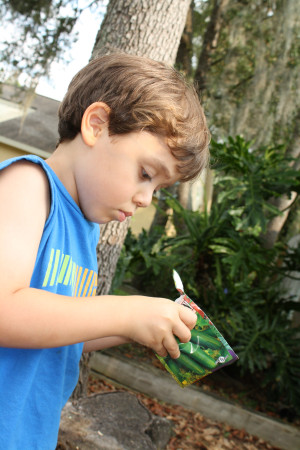 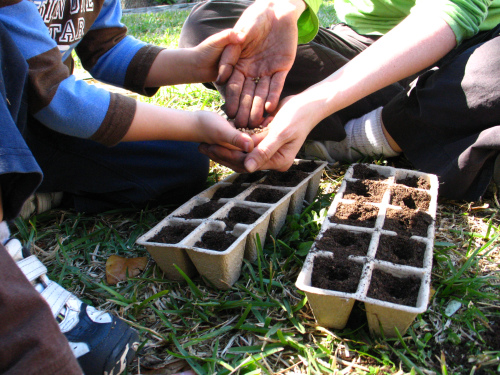 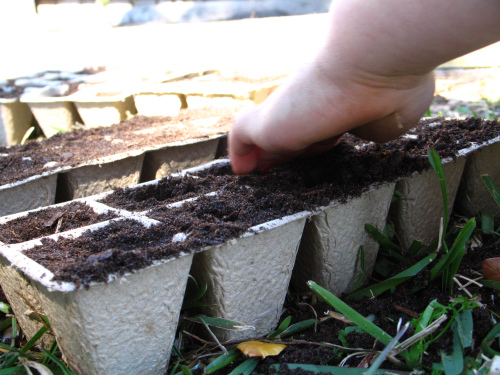 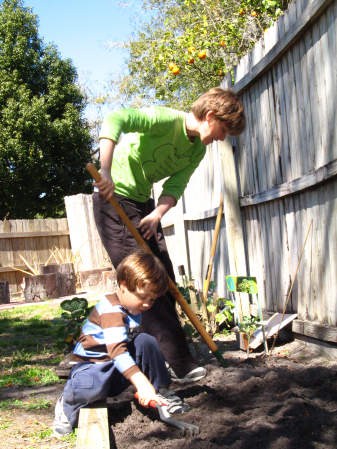 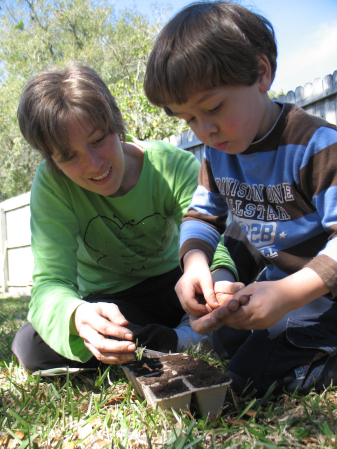