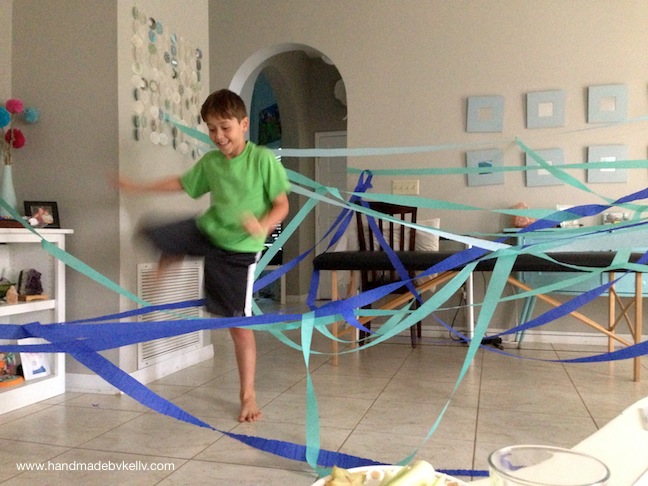 I was just hit with the worst stomach virus I’ve had in over 10 years. I couldn’t get out of bed for five days. My son Kai also felt it, but not as hard. THANK GOODNESS!!! I would hate to see him suffer like that. Come Day 5, however, Kai was getting restless. My husband had to work some of the days, so it was just me – not able to move and resting on the couch – and my rambunctious eight-year-old boy.

Kai said he wanted to run through a banner, like he saw on tv (because that was all I could do.) (I’m so sick of TV.) I didn’t have the energy to help him make it – or hold it. Instead, I gave him some streamers and told him to run through them. It was not what he wanted at all. But it was all that I could do. (Dizzy and weak from standing, I had to get back to the couch.) So, instead, Kai decided to make himself an extreme obstacle course all over the living room. As the day wore on, the streamers got denser and a denser and denser. He had a blast! (Please excuse picture quality and lighting – I was sick!) 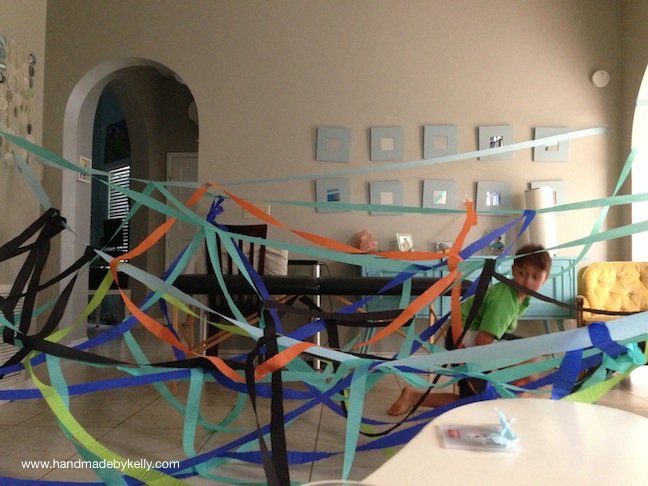 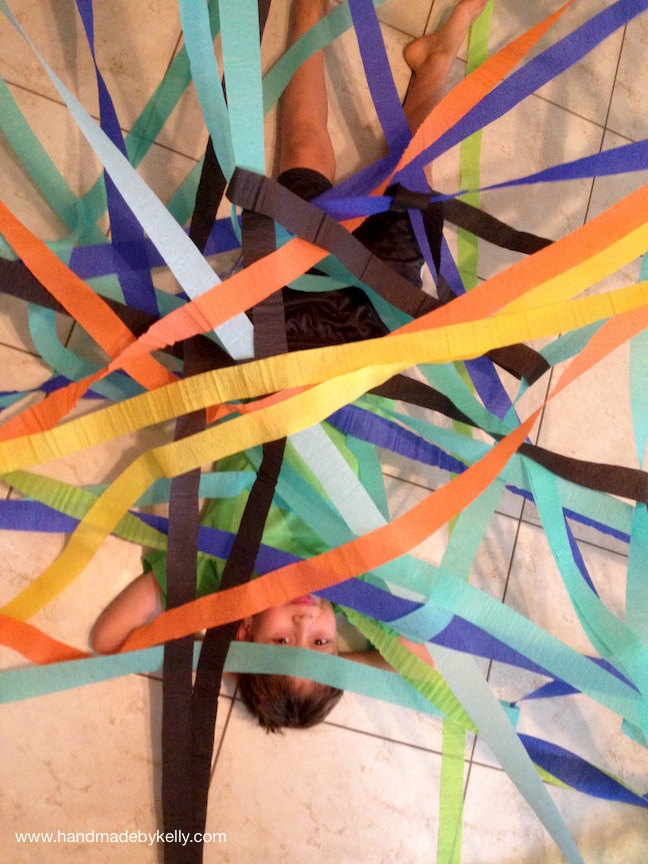 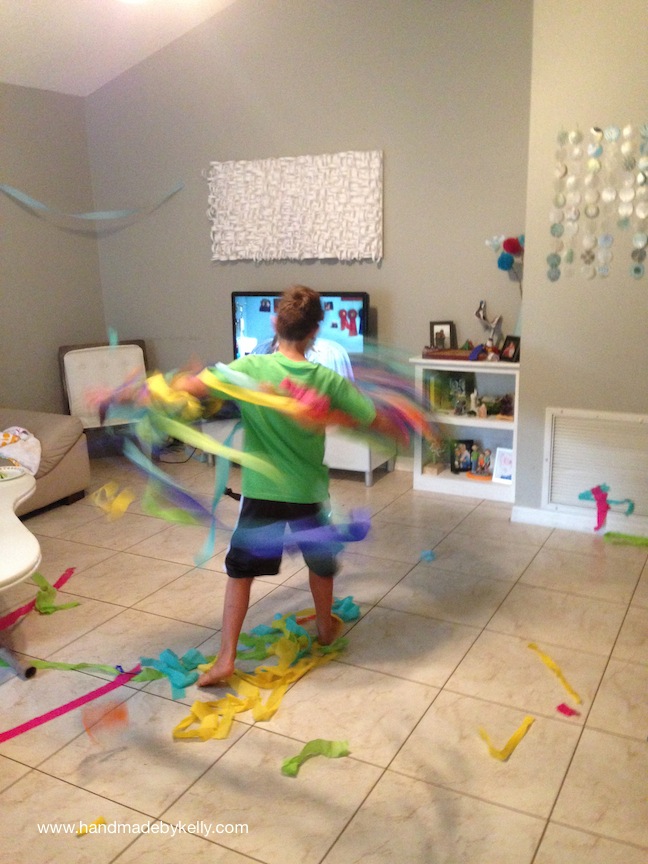 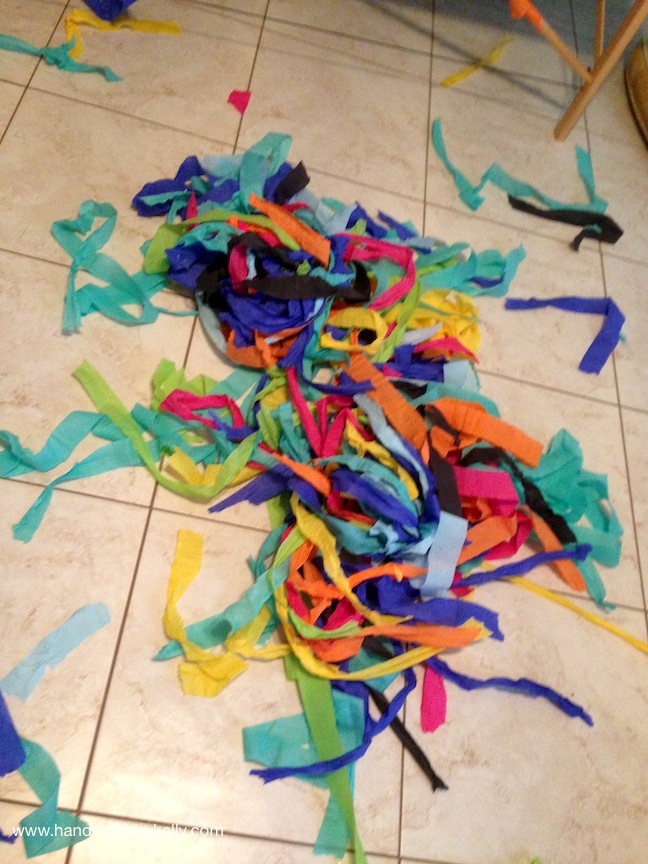