Kai’s best buddy, Beahr, spent the day with us yesterday. So I decided to give them something to do other than watch tv all afternoon. Check it out. 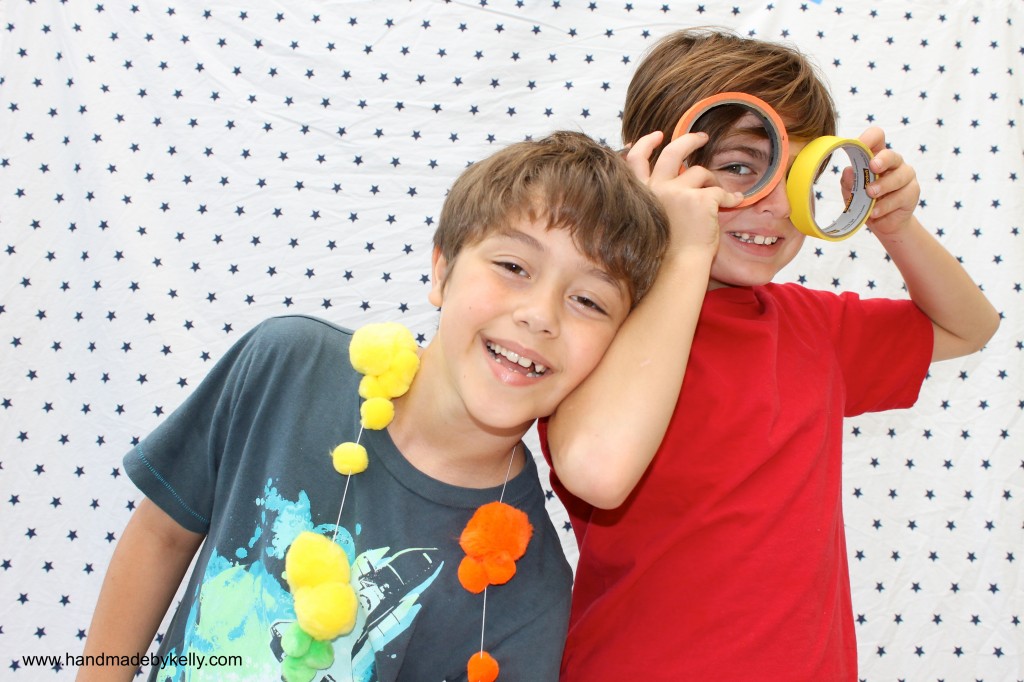 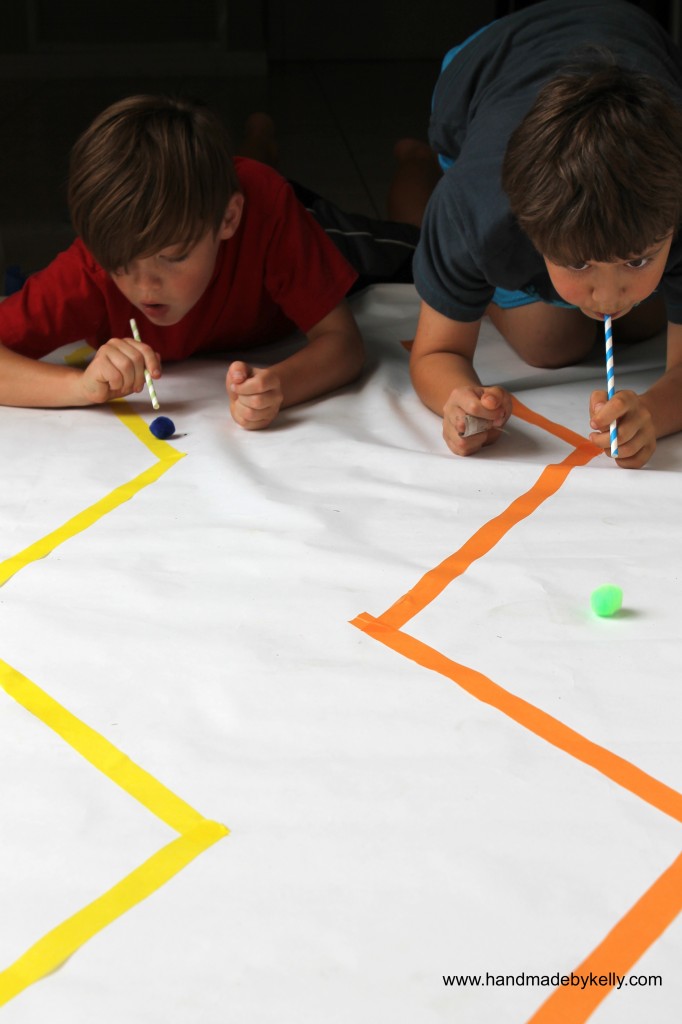 Make a race track with painter’s tape down your hallway. Give each kid a straw and a pom pom. Who ever blows their pom pom with the straw down the track fastest (while staying in the lines) wins! 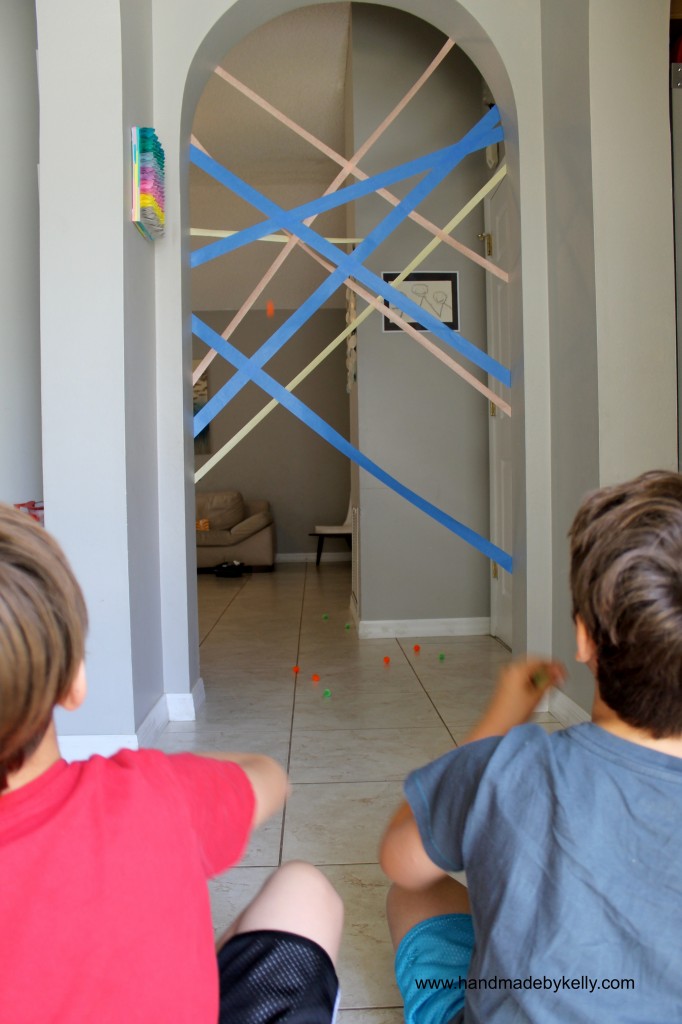 Crisscross painter’s tape across a doorway. Give each kid their own colored pom poms. The one who sticks the most pom poms on the tape wins. 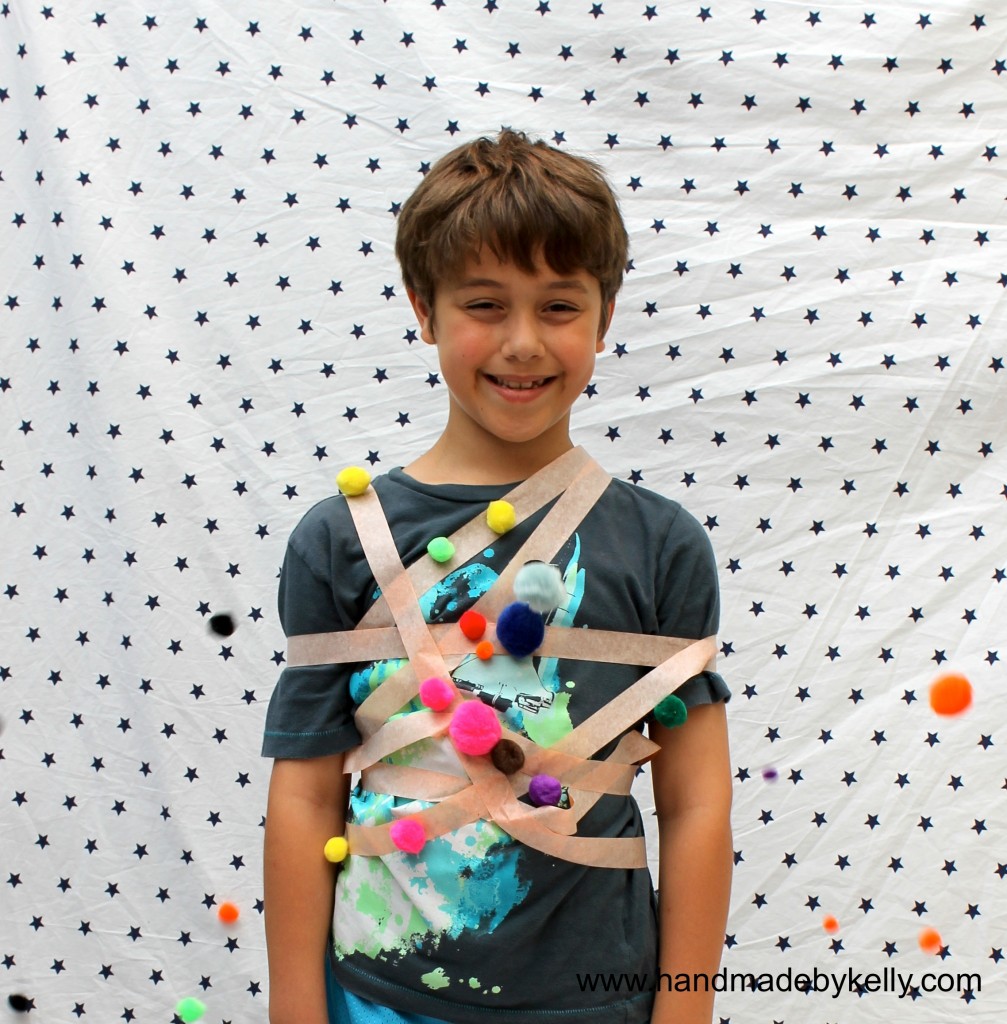 The best activity for last! Wrap one of the friends in painter’s tape, like a mummy. Let the other friend throw pom poms at ’em. See how many pom poms stick. Take turns. This one was a hit.